Fall is here (already), and with it, the breathtaking views of the kaleidoscopic hills and mountains of New York and New England.  Folks travel from all over the world to catch a view of nature’s annual color show during its peak, but lucky for you, if you’re near Alpin Haus HQ, you’re just a short drive from some of the best foliage views anywhere!
We’ve pulled together a list of some of the best views in the Northeast and nearby places for you to park your RV for the night and spend some time taking in nature before the snow starts to fly (already). 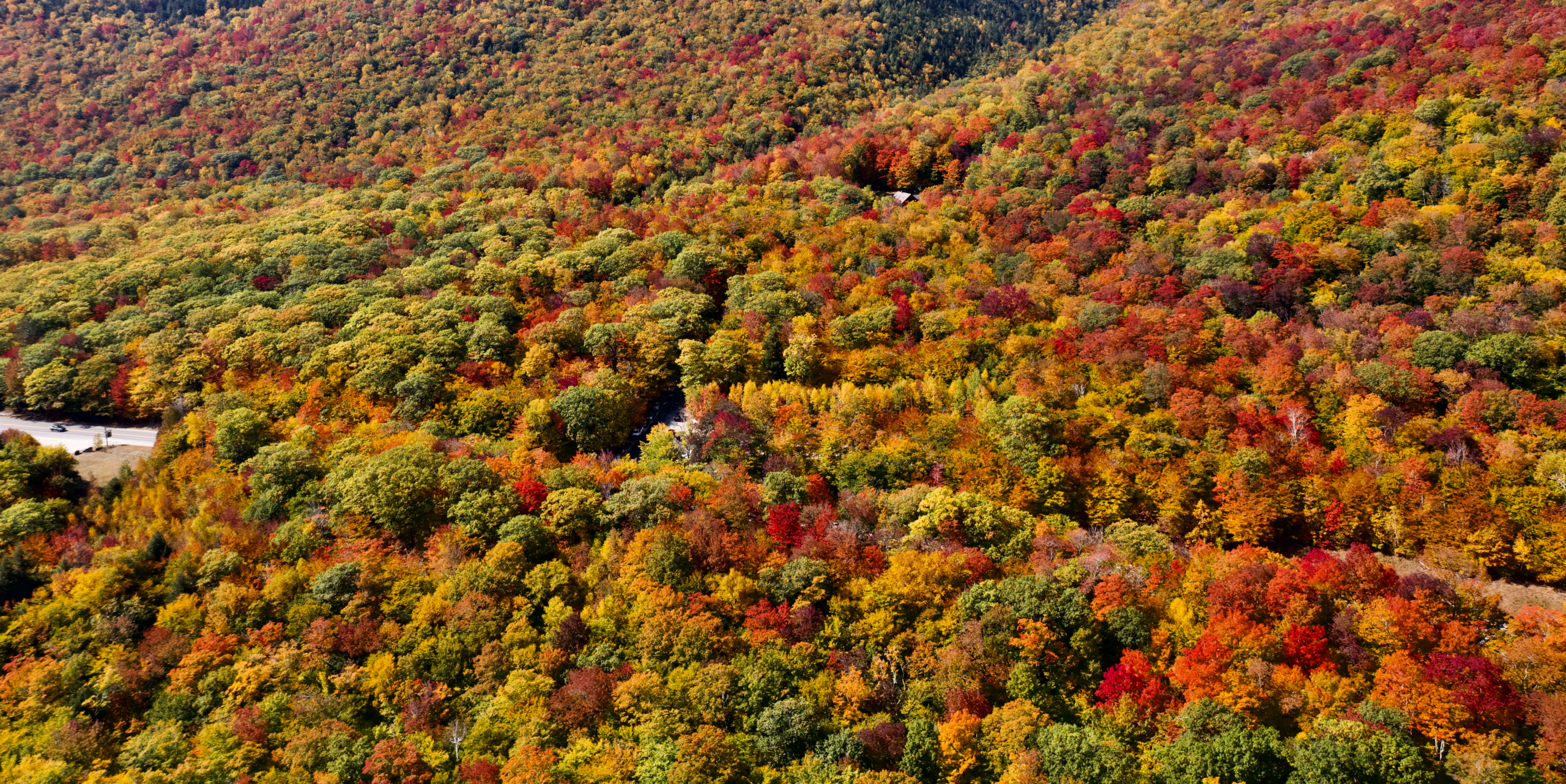 As far as the foliage game is concerned, the Adirondacks are the major leagues. Take in the views on Veteran’s Memorial Highway and post up at Wilmington Notch Campground for the night. Located in the heart of the Adirondacks, the grounds are nestled on the banks of the Ausable River and just across the water from Olympic Whiteface Mountain. Wilmington Notch features 54 campsites and amenities such as, showers, toilets, and picnic areas, and is home to renown trout fishing in the Ausable and miles of hiking and biking through the Sentinel Range Wilderness Area and the Wilmington Wild Forest. The close proximity to Lake Placid is a draw itself, and being that far north puts you just a stone’s throw from Santa’s other Workshop. The leaves are known to turn a little earlier up on the mountain, so try to book your trip sometime during the last two weeks of September, and check out this fall foliage report to maximize your chances of seeing the best show. 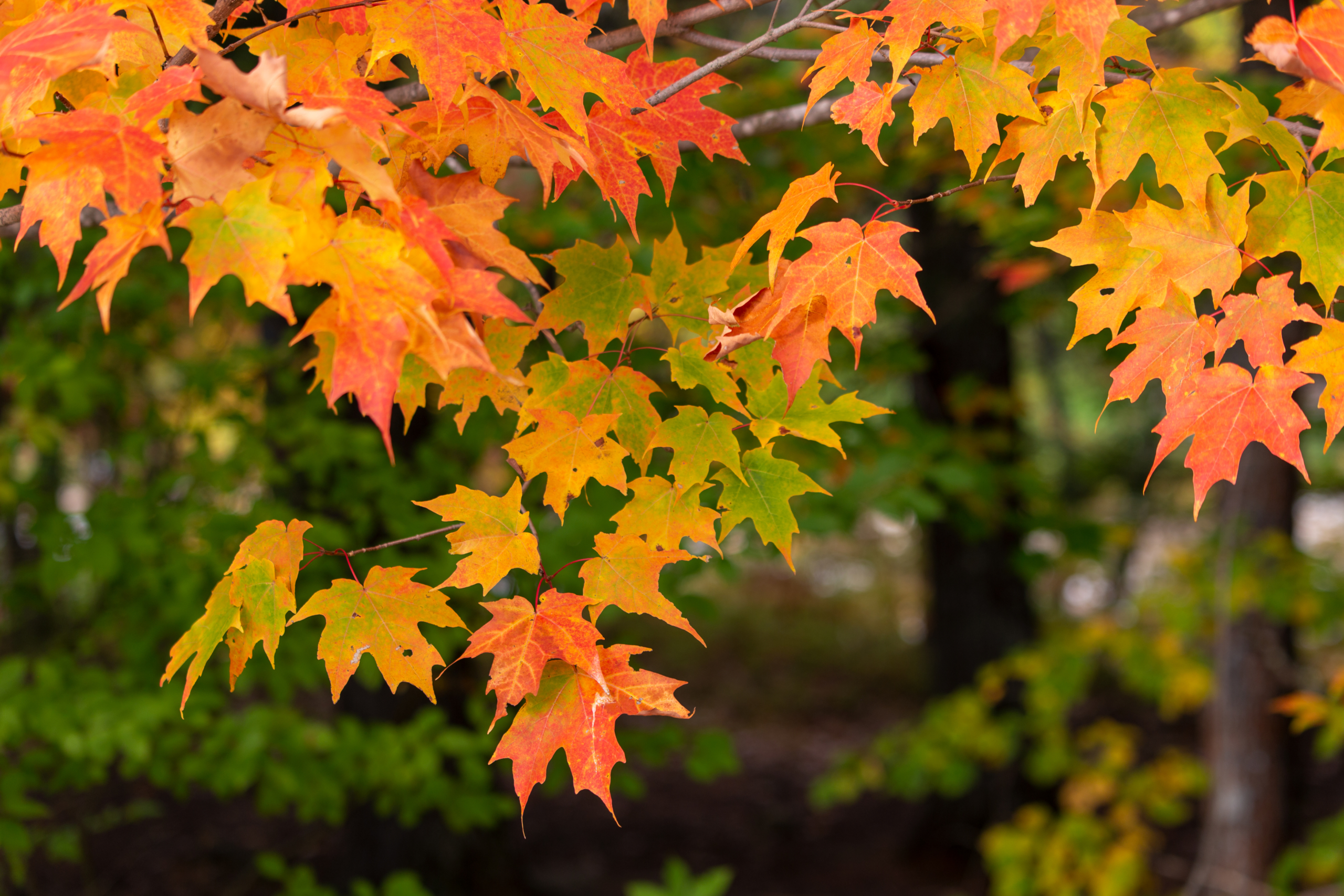 Sitting in the foothills of the Adirondacks, only about 20 minutes from Saratoga, Moreau Lake State Park is known for its shimmering water, sandy beach, rocky ridges, and of course, it’s blazing autumnal appearance.  Biking, boating, fishing, and hiking (around 30 miles of trails for all levels of skill) will keep you busy during your stay. This sprawling 5,300+ acre space has also been classified as a bird observatory area by the state, so if birdwatching is your thing, you’ll have to fly no further north than Gansevoort, NY.  Frequent fliers in the area are listed as Bald Eagles, Cooper’s Hawks, Baltimore Orioles, and probably even some New York Yankees during the offseason. Staying at Moreau will also put you between Lake George and the aforementioned Saratoga Spa, along with all of the tourist attractions, shopping, and restaurants that come with them, and since you’re going to be this close to our Saratoga location, you can visit us for parts or services, or just stop by and say hi! 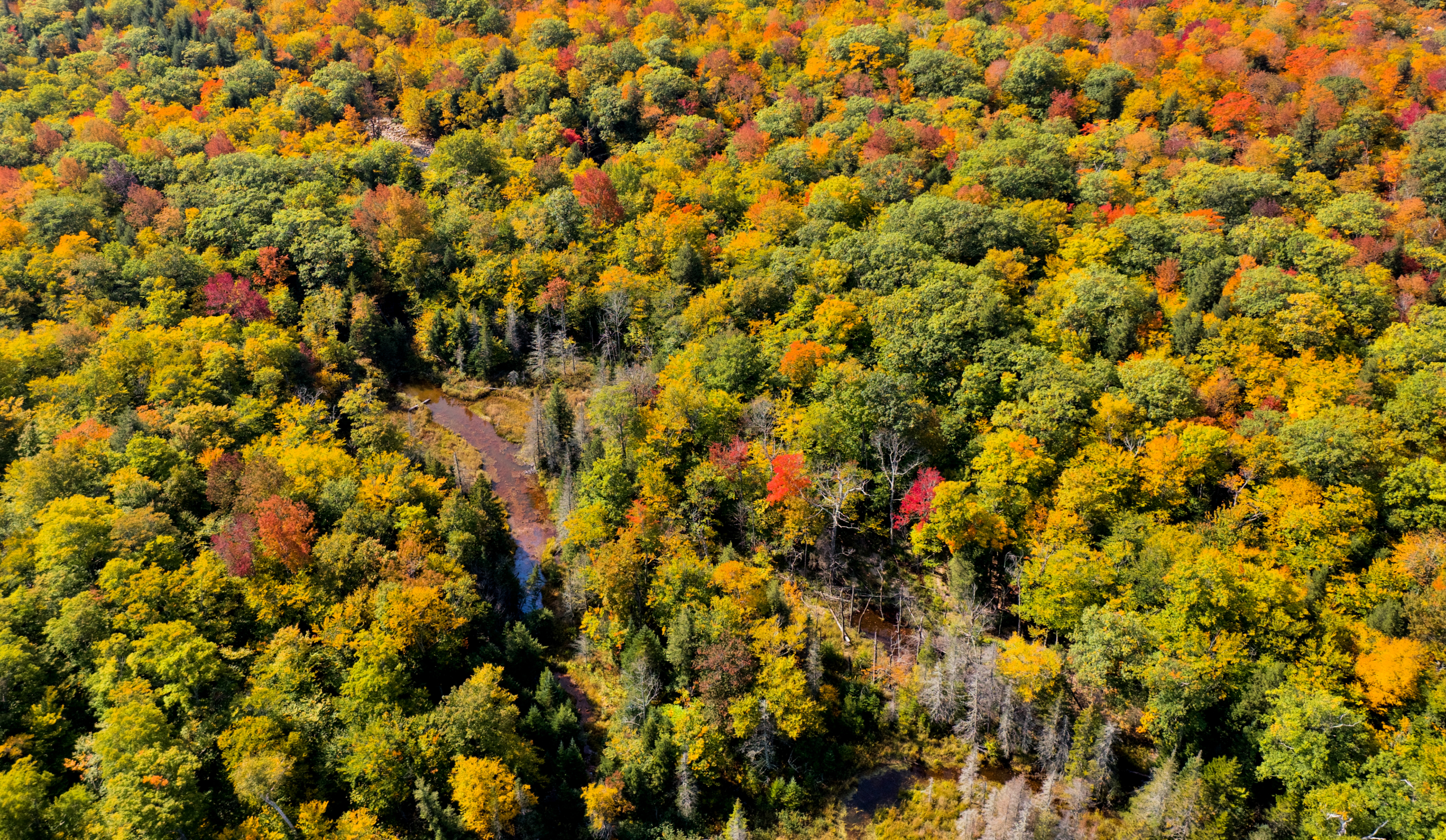 The green mountain state transforms into the red mountain state in late September, and you’ll find that one of Vermont’s most breathtaking views can be found on Killington. Ride the K-1 Express Gondola all the way up the 4,241 foot mountain and take in the auburn majesty of the Vermont autumn. Park for the night at one of the 26 RV sites at Coolidge State Park, or if you’re feeling more adventurous, bed down in one of the park’s 36 lean-tos. Surrounded by the beauty of Calvin Coolidge State Forest, the park offers hiking trails and streams to fish, along with plenty of wildlife to see.  The campsite also includes restrooms, showers, and a picnic pavilion with power that can seat up to 70 people. Keep an eye on Vermont’s up to date foliage map to get an idea of what you’re in store for. 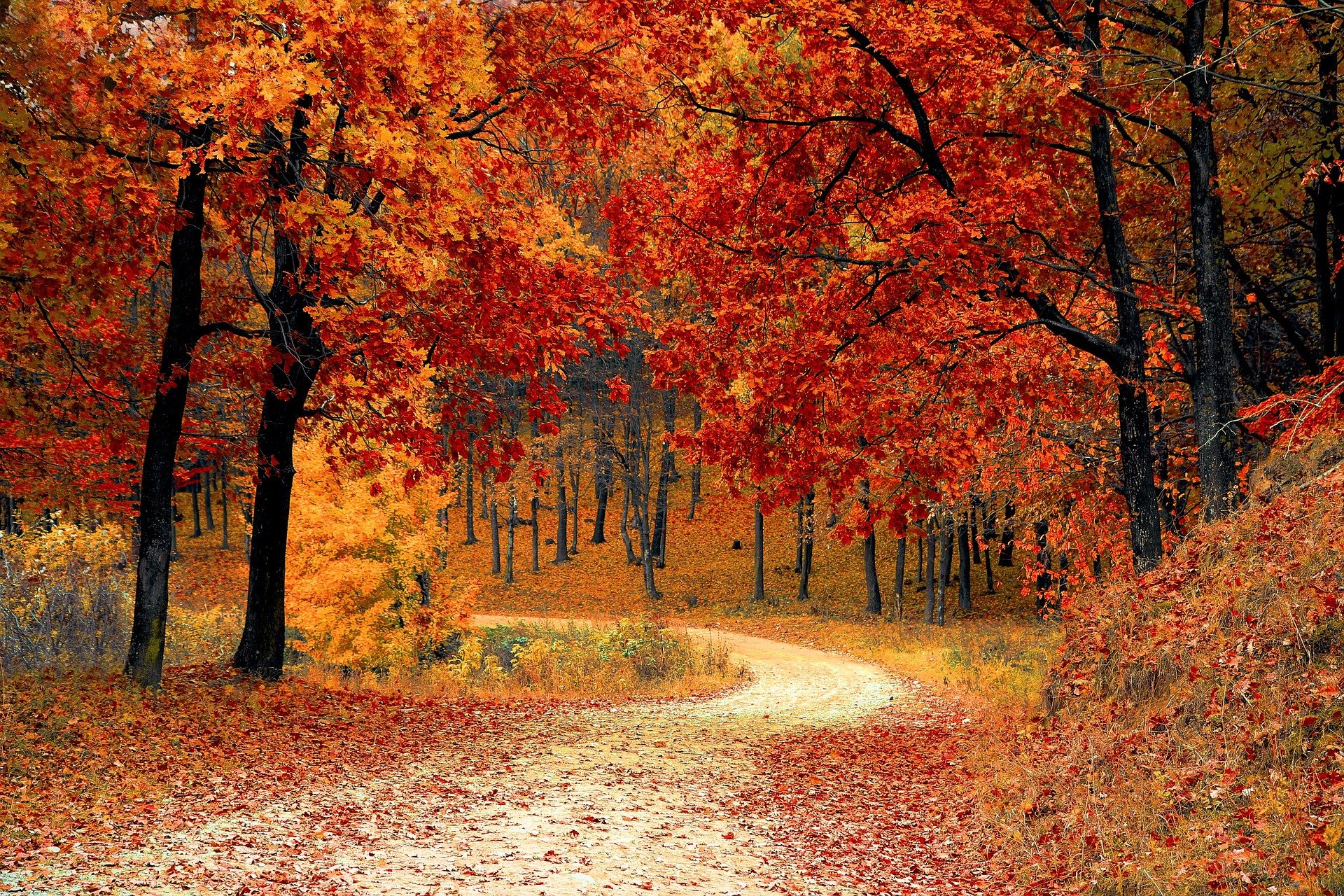 The warm sunny days, the crisp autumn nights, and the mountains blazing with colors draw cool-weather campers and leaf peepers alike to the Acadian National Park during the fall. Peak season usually occurs around the second week of October and lasts about a week, but keep an eye on the Maine foliage report to get a better idea of how to time your trip. With biking, boating, fishing, birding, rock climbing, amongst a slew of other options, there’s no shortage of outdoor activities to keep you busy during your visit to the 49,000 acre park, and the Park’s proximity to Mount Desert Island, Bar Harbor, Southwest/Northeast Harbors are full of shops and restaurants if you’re looking for something different! Acadia is home to five NSP campgrounds with amenities such as bathrooms, picnic tables, and fire rings are available in some, but check the Park’s website for more details on fees, conditions, reservations, and alerts.

No matter where you choose to do your sight-seeing this year, it’s important to remember that planning is key. The big peak viewing season passes in only about a week or so before covering the ground in a brilliant golden red carpet, one which will be replaced with snow before long. Be sure to check those foliage reports ahead of time and check the reservation requirements for the campsites in advance, then all that’s left to do is plan your trip, pack up your camper, and get those cameras ready for your epic fall foliage getaway!